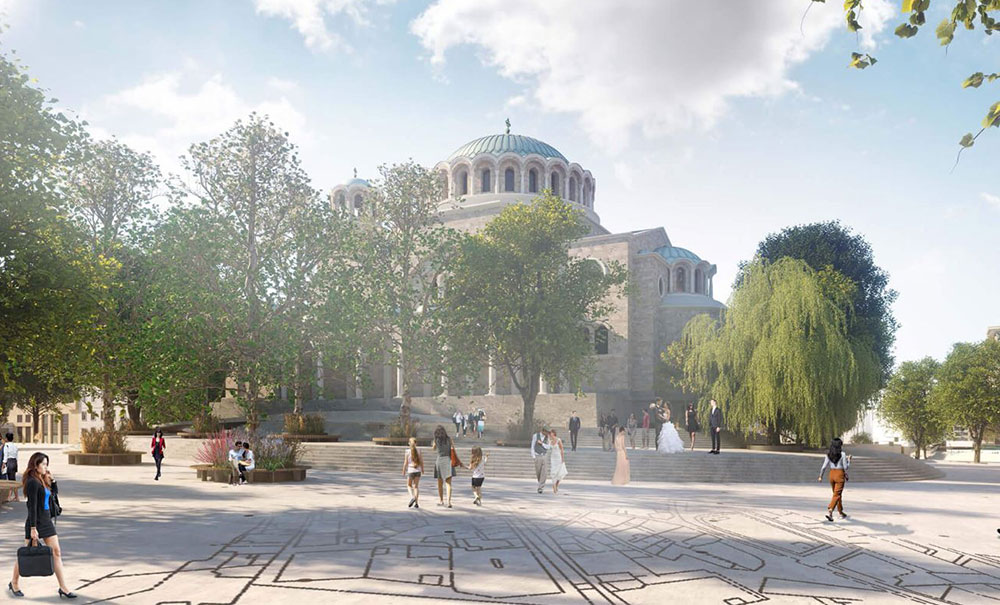 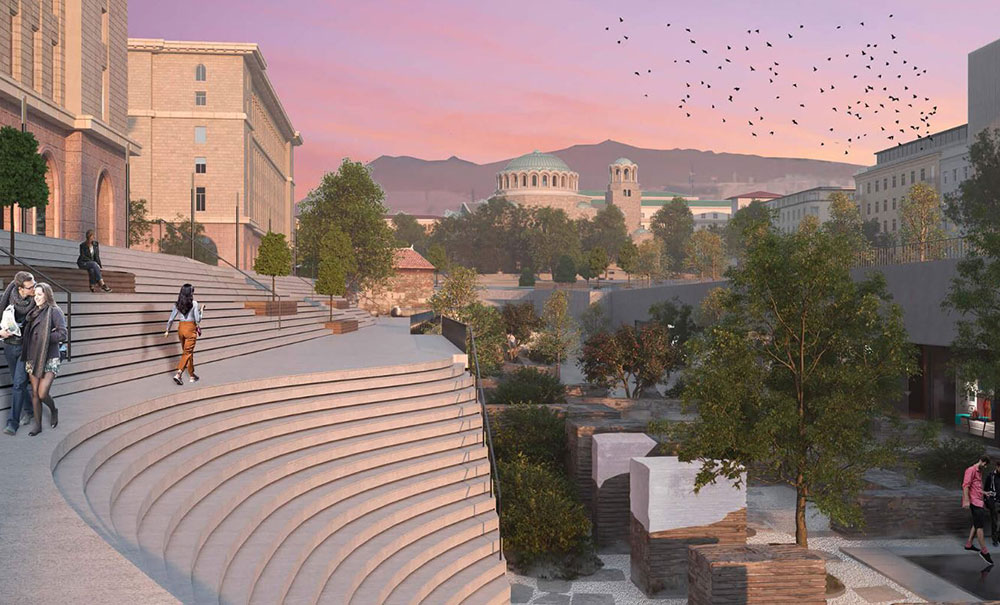 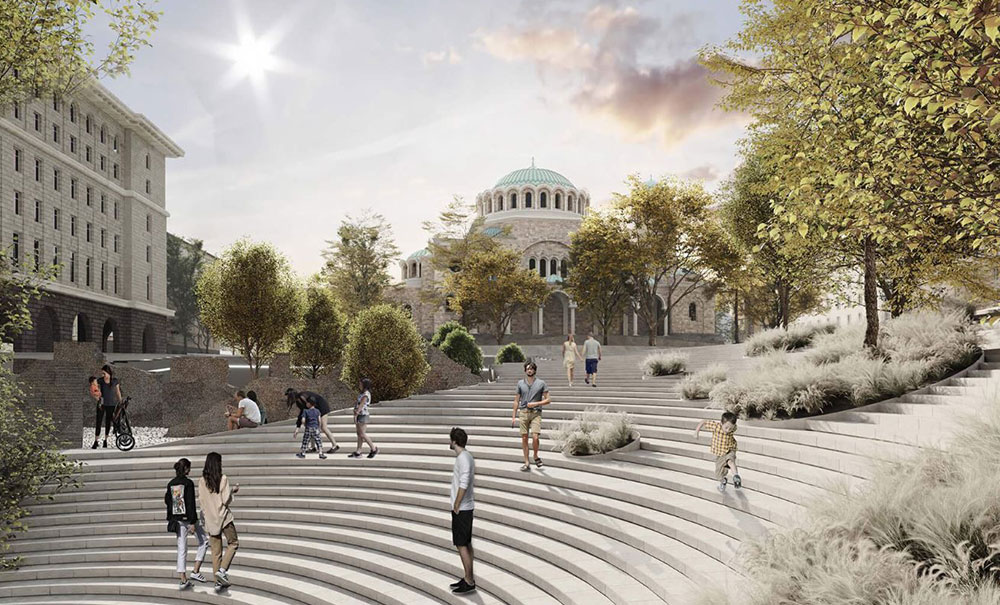 In February 2019, the Municipality of Sofia launched an international contest to regenerate Sveta Nedelya Square of the Bulgarian capital, which immediately attracted the attention of the architectural world. The competition was attended by the largest architectural companies and expert teams from all around the world (Studio Fuksas, Studio Paola Vigano, One Works, Maofficina, Сracknell, Studio Wilmotte, Studio Paola Vigano and others). After almost a year of challenging work on the competition project, we are pleased to announce that the Russian team was honored by the jury and won second prize. Studio Fuksas from Italy was awarded first place.

To work on the competition project, a consortium in the following composition was created: AI Architects from Moscow, experts in key fields and the Italian company CLAB Arhitettura (finalists of the Young Italian Architect 2016 Competition). A great job was done, and we would like to extend our special thanks to the European the creative leaders of the consortium: Ivan Kolmank (Chief Architect of AI Architects), Yevgeny Shirinyan (architect, professor of the Moscow Architectural Institute and member of the Union of Architects), socio- cultural design expert Yuri Sheredega (Head of Sheredega Consulting), Grigory Edelman (transport expert), Tatyana Volkova (economics expert), Nikolai Nikov (local historian) and our colleague from Italy Elena Antoniolli (landscape architecture and dendrology expert). RTDA’s Creative Director and Chief Architect, Dina Dridze, was responsible for the urban development part of the project.

The teams were invited to solve a difficult and responsible issue of developing an architectural and urban planning concept for the reconstruction of the central square of Sofia, which is located around the main historical and cultural site of the city - Holy Week Cathedral (Sveta Nedelya). The oldest city square is an integral part of the city’s heart.

During the work on the project, our experts did a lot of research work, which included studying the history of the city square, communication with city residents, local architects, clergy, public and political figures. This helped to develop a project proposal taking into account real needs of the city, expectations of local residents preserving the historical and cultural urban context.

We would like to thank the residents of Sofia and the jury for the warm welcome and support.