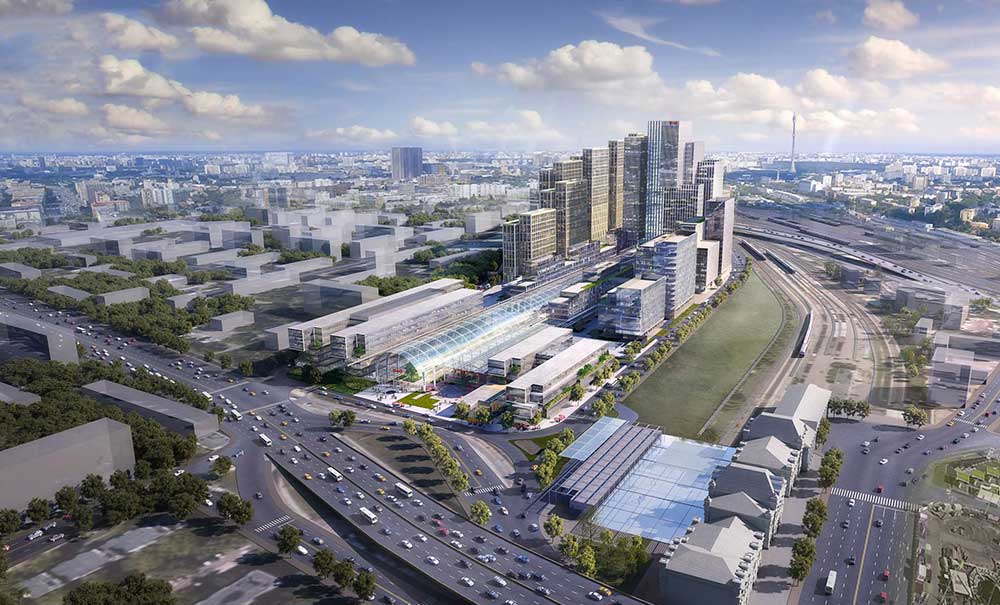 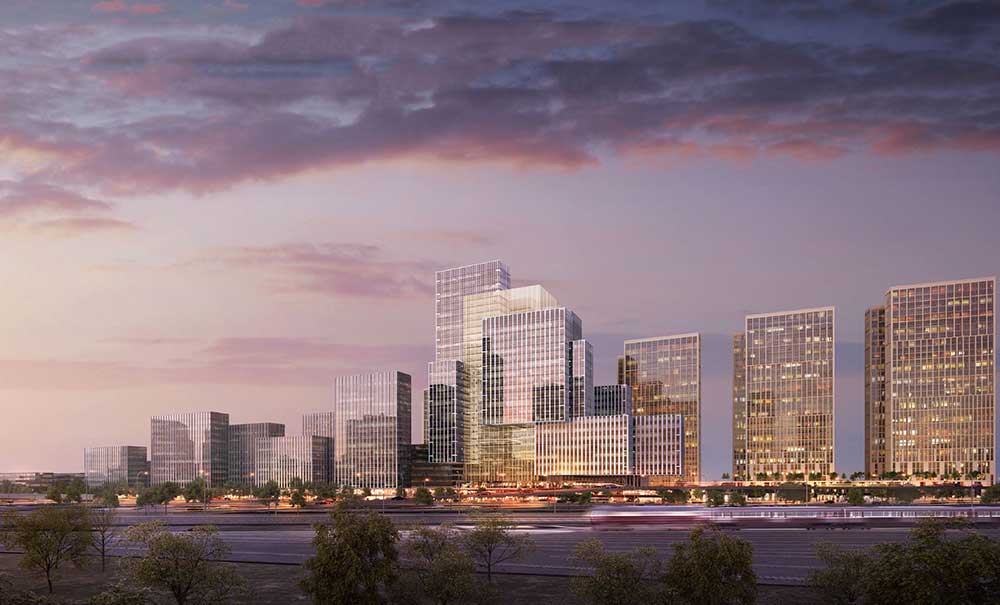 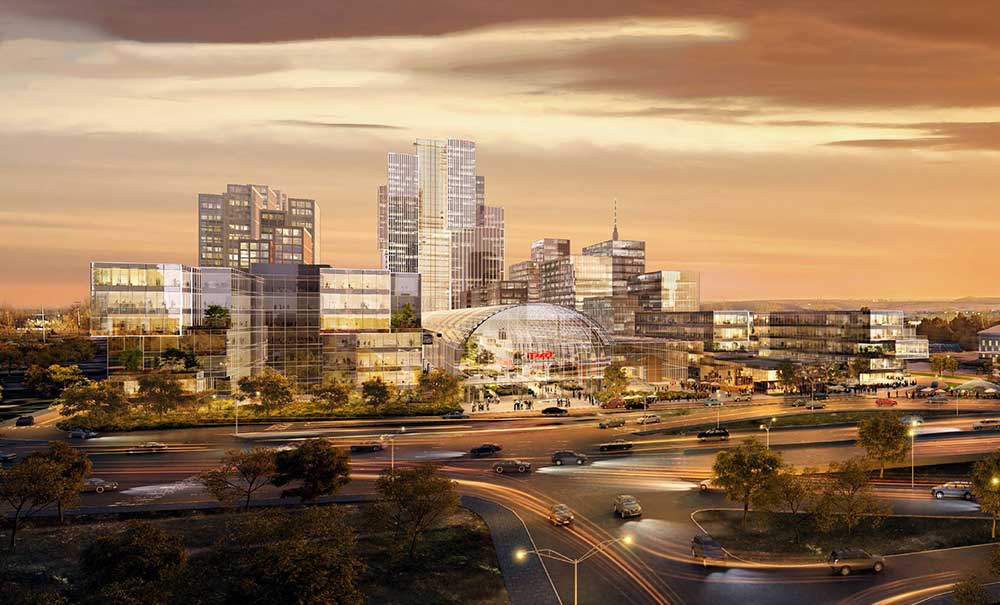 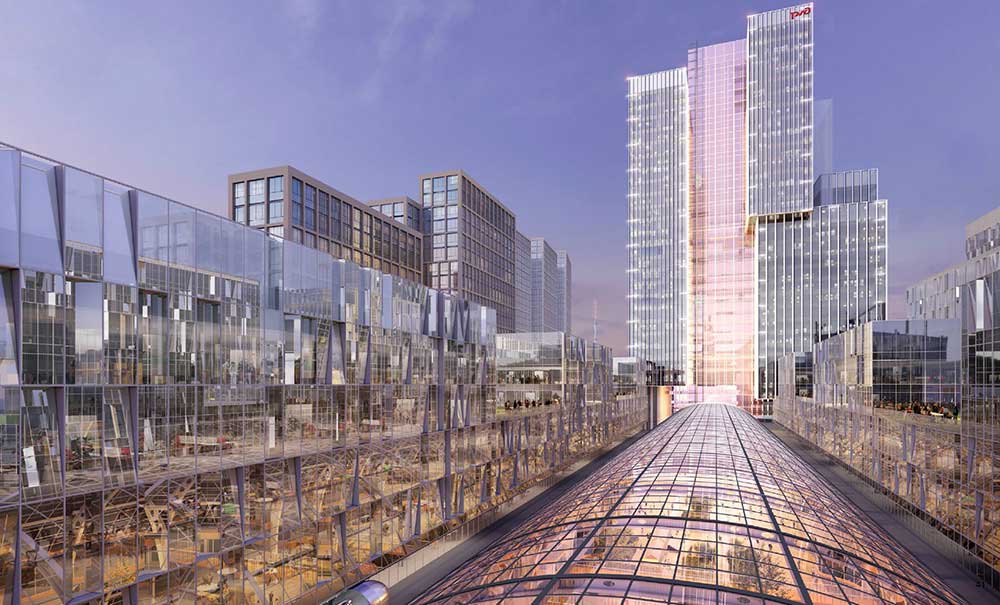 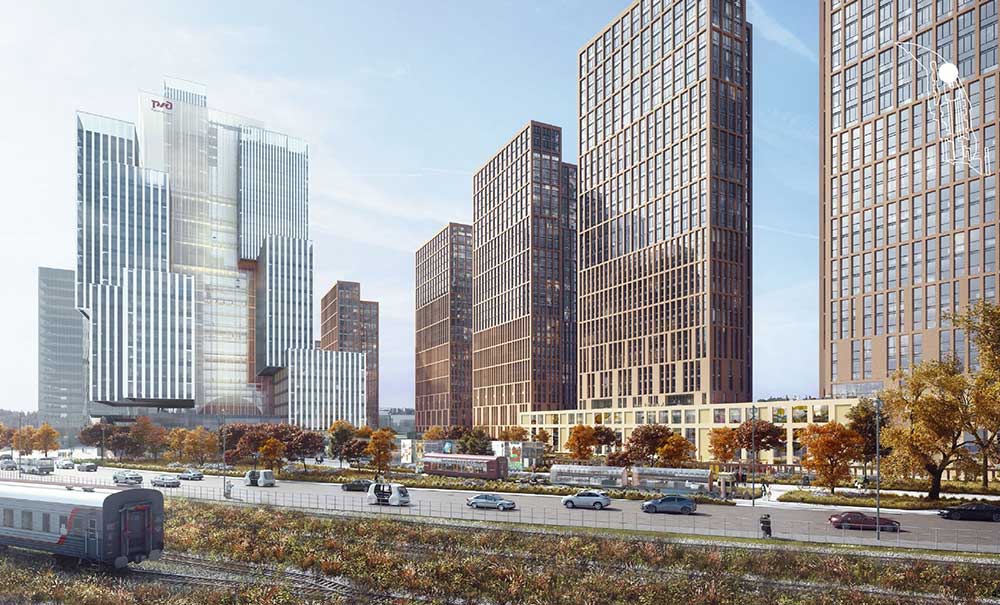 On December 20, the results of the International competition for architectural and urban planning development concept of the Rizhsky Freight Yard were concluded. The competition winner was the Japanese architectural firm NIKKEN SEKKEI

The competition was announced by Russian Railways this summer. The operator of the competition is the architectural bureau RTDA. The project will create a modern social and business district, the core of which will be an office complex RZD. An area of 20.6 Ha is 5 km from the Kremlin, at the intersection of the Third Ring Road and Prospekt Mira.

Along with the office cluster in the new complex will appear publicly available scientific, educational, medical, entertainment and cultural and leisure spaces.

In total, 64 applications from Russian and foreign bureaus were submitted to the competition. Five teams reached the final:

- MLA+ (the Netherlands), AM Sergey Kiselev and Partners (Russia)

The construction of the public business district is scheduled to begin in 2021.