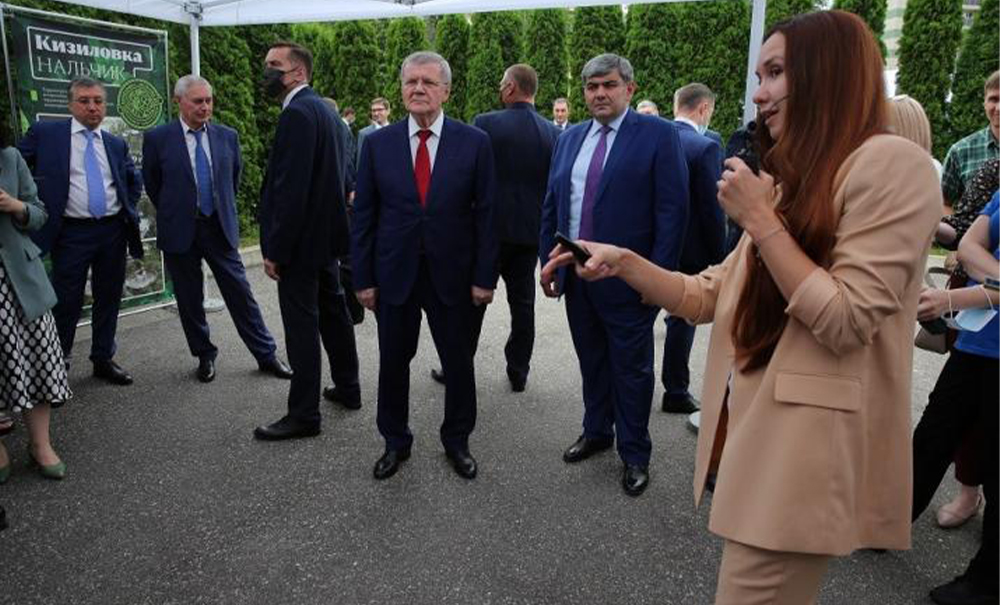 On July 10 the general director of RTDA Marina Lepeshkina presented the Master plan for the development of the territory of Nalchik federal resort to the head of the Kabardino-Balkarian Republic Kazbek Kokov and the plenipotentiary of the President of the Russian Federation in the North Caucasus Federal District Yuri Chaika.

The Nalchik resort is a unique territory the development project of which is implemented near the city center. Work with the Resort became an example of participatory planning in which all levels of government were interested. The master plan was formed on the basis of a previously developed functional model and the program for the territorial development of the resort area. The revitalization of the territory is based on the framework of four main development centers - spatial clusters, each will have its own unique character and functional content.

- the Resort Park, the main place for the sports, recreational and event activities of the Resort;

- A complex of spaces that unite the territory of the Resort Hall and the Water-mud baths, as a new zone of functional activity for tourists and locals;

- A new pedestrian promenade along the active first floors between the Memorial and the square on the site of the former antenna fields;

- A new boulevard, providing convenient connections across the extended quarters of the resort area and offering new walking routes for all visitors, including residents of the adjacent quarters.

For each of these clusters RTDA has prepared the separate list of solutions. Recommendations were also given in relation to individual objects of the territory: monuments of historical and cultural heritage, valuable objects of architecture and other functional zones that determine the identity of the territory.

Special attention was paid to the development of the road network, including the organization of comfortable and safe routes for pedestrians and cyclists, as well as measures to optimize traffic and parking on the territory.

The Master Plan of the Resort Territory is one of the stages in the development of the urban environment of Nalchik. Detailing the solutions of the master plan will continue in the process of developing documentation for the planning of the territory on the basis of an agreed single concept.