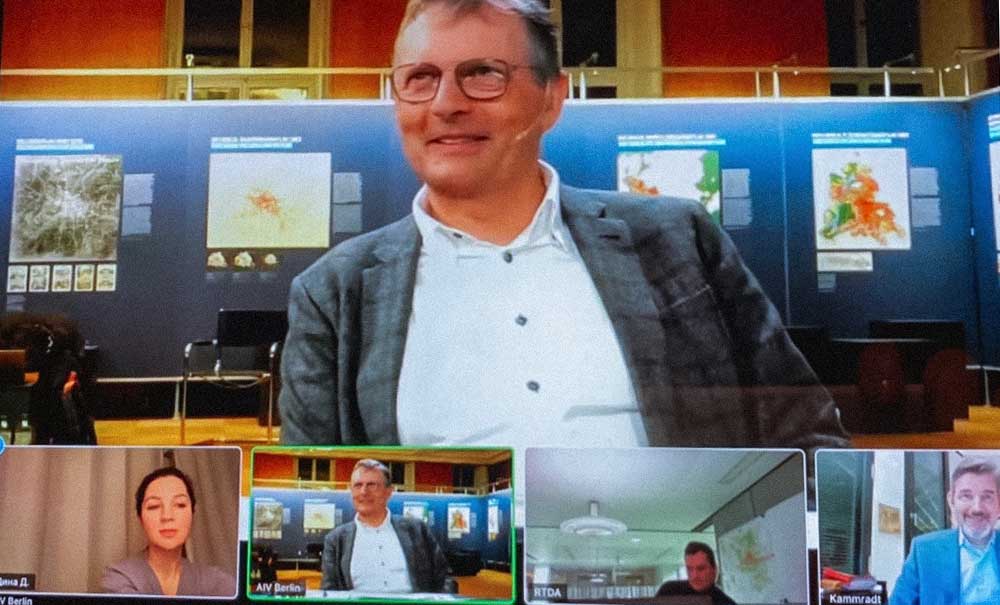 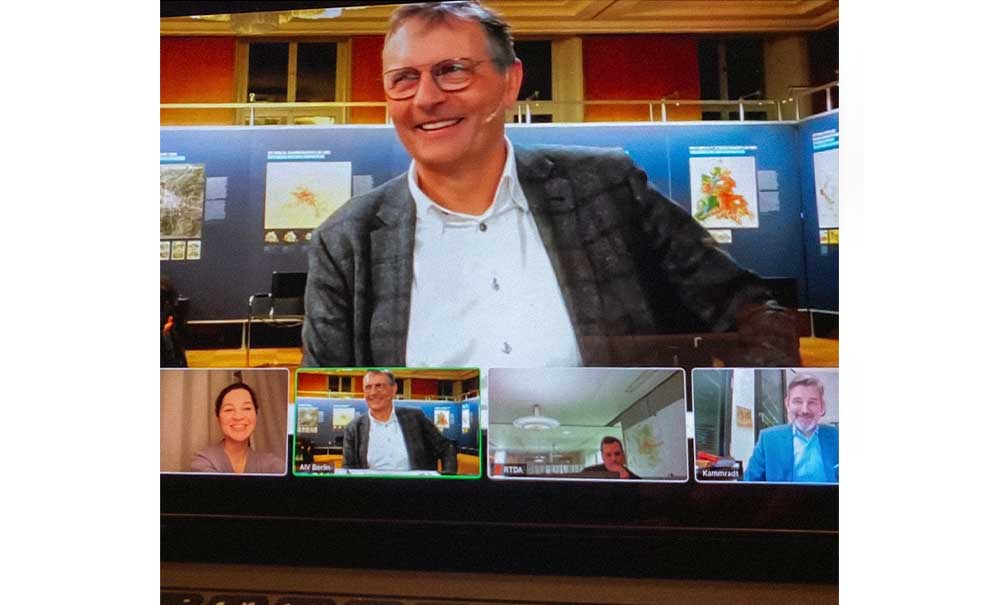 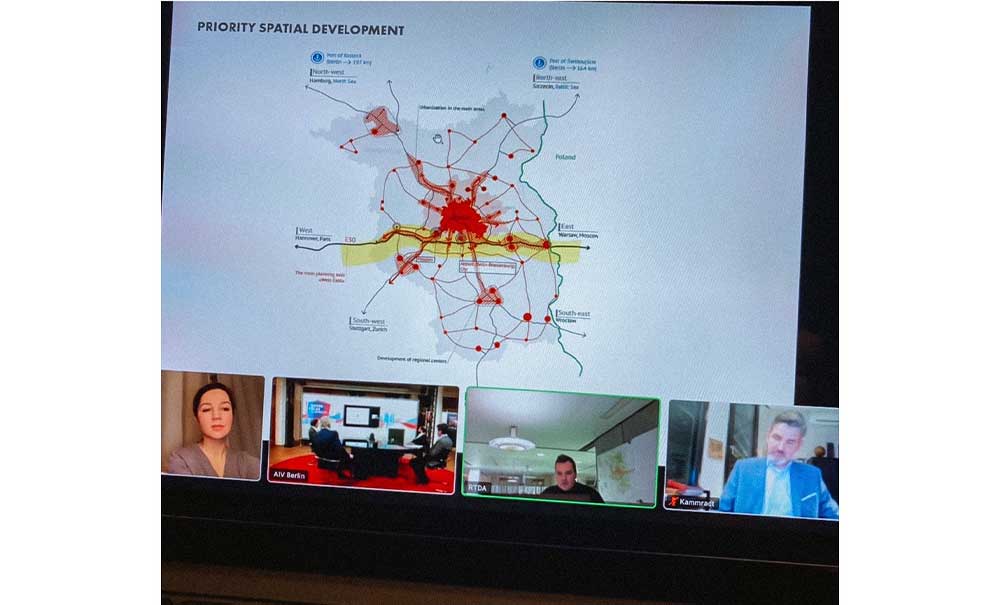 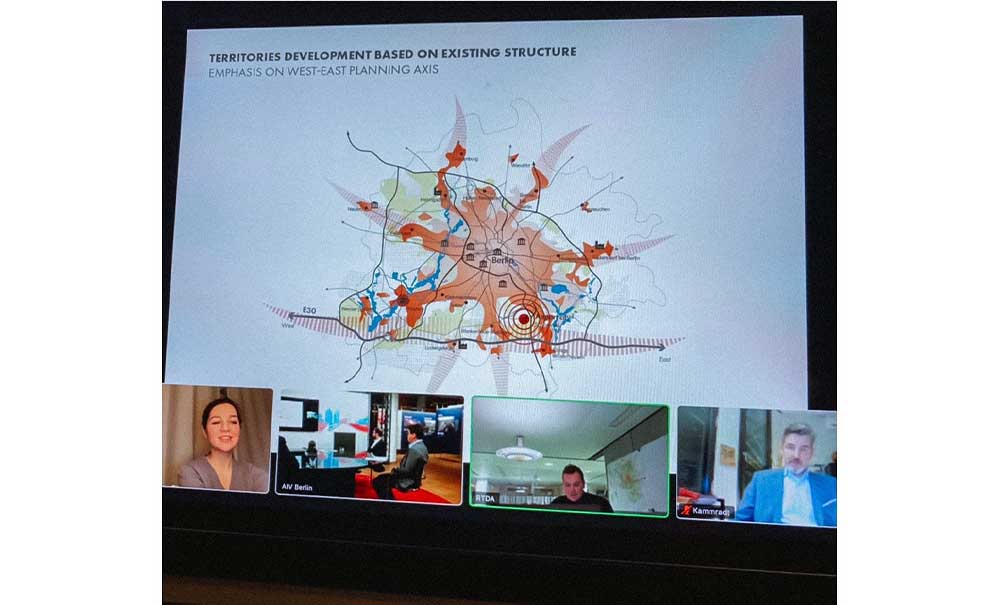 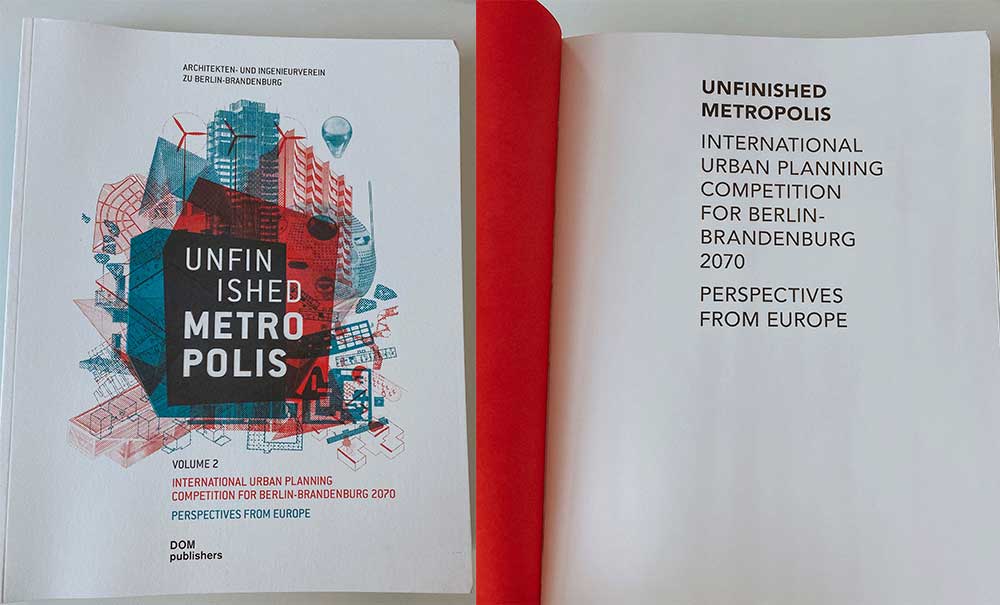 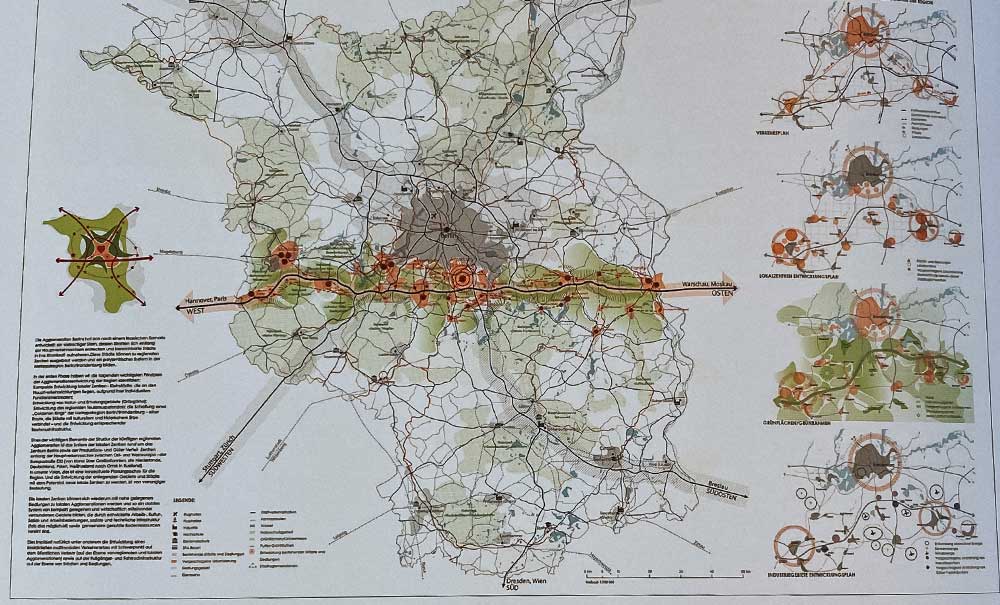 On the 9th of February RTDA took part in a series of lectures dedicated to the 100th anniversary of Greater Berlin. The lectures are also connected with the “Unfinished metropolis” exhibition: it tells the history of the city, its past and future, and also highlights Berlin's achievements in urban development and the potential of the Berlin-Brandenburg region.

The most particular attention in the discussion was paid to the area between the BEN airport and Potsdam, in which we implemented a project for the competition Berlin-Brandenburg 2070. Our competitive decision was marked by international experts. We, as a team, have done a great job and gained new and interesting experience.

The bureau expresses special gratitude to I. Astafurov team and Ivan himself.